A new South Campus facility opened in Brown County for academic year 1976–1977, and former Clinton County Air Force base buildings were renovated for use as the North Campus near Wilmington.

In March of 1981 another milestone was reached when the administrative offices for the college were moved from their North Campus location to a new 4,000-square-foot facility in Hillsboro.

September of 1981 saw the beginning of Southern State’s Practical Nursing program and in 1985 our largest facility, the Central Campus in Hillsboro, opened for autumn quarter. Central Campus houses the technology programs and related general studies courses. This campus, completed in Southern State’s tenth anniversary year, is a tribute to the first decade as well as a tangible framework for progress into the future.

In 1986, the Associate of Applied Science in Nursing program (RN) was added, a highly successful program which has been state-recognized for excellence. Both nursing programs are now housed in a health technologies wing which was added to Central Campus for academic year 1994–1995 as part of our twentieth anniversary year. Located on the south side of the main campus, it is directly opposite an agriculture wing which was constructed in 1990.

The Appalachian Gateway Center opened on the South Campus in September 1999. The center serves as a focal point for the community with a focus on cultural and educational programs relating to Appalachian culture. In May 2000, Southern State opened its North Campus facility in Wilmington, a 35,000-square-foot campus constructed to serve the students in the northern quadrant of our service area. And in September 2009 Southern State celebrated its grand opening of the 17,000-square-foot Fayette Campus expansion in Washington Court House.

In March of 2005, Southern State added a new 25,000-square-foot multipurpose center to our Central Campus landscape. This 2500-seat-capacity building was erected to serve a variety of needs within Southern State and our surrounding community. Appropriately named the Patriot Center, this facility allows us to host its athletic venue as well as graduation, expos, concerts, guest speakers, college fairs and numerous other activities.

In May of 2006, following a comprehensive self-study and the evaluation of the North Central Association of Colleges and Schools, Southern State was granted accreditation by the association. Since that time, accreditation has continued with the next evaluation visit scheduled for academic year 2015-2016.

In August 2014, Southern State replaced the South Campus location with the new Brown County Campus. This is a 50,000-square-foot facility that will serve the students in the southern quardrant of our service are.

Southern State was one of the first community colleges in Ohio to develop an accredited transfer program, and many of our students earn the first two years of a bachelor’s degree and transfer to four-year colleges and universities in Ohio and beyond. Along with the transfer program, we offer Associate Degree Programs in different areas of study in applied business, applied science, an Associate of Technical Studies degree and several Certificate Programs. 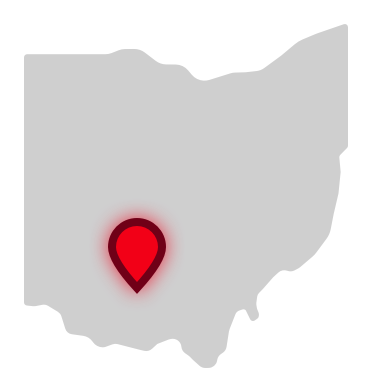