Clark State Community College began in 1962 as the Springfield and Clark County Technical Education Program in an effort to meet the post-secondary, technical education needs of Springfield and the surrounding area. In 1966 the name was changed to Clark County Technical Institute (CCTI) and was chartered by the Ohio Board of Regents as Ohio’s first technical college. In 1972, ten years after its birth, CCTI had grown to 1,000 students and officially became Clark Technical College. New programs in agriculture, business, engineering technologies, health, public services and general studies were developed in response to the community’s changing educational and economic needs.

In the 1970s the College reexamined its mission and determined that programs which can be transferred to four-year colleges should be included as a secondary focus. In order to accomplish this, many new courses in the humanities and the social sciences were added to the curriculum. By 1985 Clark Technical College had developed one of the broadest general education programs of any technical college in the state. It was this solid foundation, together with the many strong technical programs, that made the evolution to a community college a smooth and logical step.

On July 1, 1988, the Ohio Board of Regents approved the change of Clark Technical College to Clark State Community College. As a result of this action, Clark State added the Associate of Arts and Associate of Science degrees (university parallel programs) to the nearly 30 technical associate degrees and certificates it had offered for years.

Today Clark State looks proudly at its past and eagerly toward its future, ready to meet the needs of today’s and tomorrow’s students.

Clark State has become an important part of the communities we serve (Clark, Champaign, Greene and Logan Counties). Springfield is home to two campus locations, as well as our beautiful Performing Arts Center. The Greene Center in Beavercreek officially opened its doors in October of 2007 and is already serving hundreds of students from Clark, Greene and Montgomery Counties. In order to better serve the northern portion of our service area, Clark State opened a campus location at Ohio Hi-Point Career Center in Bellefontaine in early 2008. Each of our locations will offer classes and degree programs designed to meet the needs of the communities in which they reside, with the quality and caring Clark State students expect.

Clark State Community College will be the leader in education by partnering with our communities, businesses and industries while achieving the highest levels of student success within a culture that provides intellectual, personal and professional growth.

The Manufacturing Engineering Technology program prepares students for a variety of positions within a manufacturing enterprise. The program builds on the student’s knowledge of computer-aided design, electronics, and manufacturing processes, providing additional skills in areas such as statistical process control, automation, and computer numerical control.

Students will choose two certificate programs in the following areas:

In addition the courses in these programs, students will complete additional course work to complete the Manufacturing Engineering Associates Degree.

In addition to applied technical courses, Manufacturing Engineering Technology Associate Degree includes a co-op experience. Students must complete EBE 1000, Employability Skills, as a technical elective and then work with Office of Career Management to secure an appropriate co-op site. 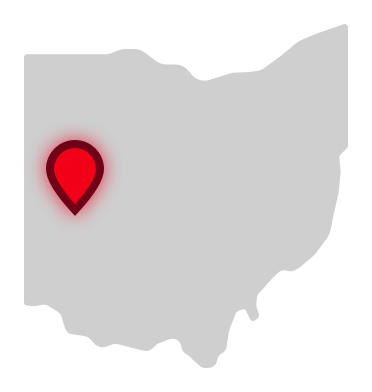